BIO
Joshua (Iz) Michaels was born on a 120 o (40o C) day in 1969, the same day the first manned Apollo mission blasted off to the moon. Growing up just outside of Chicago in Oak Park, he was influenced early by the architecture of Frank Lloyd Wright who was based there, as well as the culturally rich city itself. Taking piano lessons from age five, he quit at age eight so as to be able to play football and get into trouble with all of the other neighborhood kids, although he always kept playing.

His family moved to San Jose, California at age ten and Joshua started buying records. Once in high school, he formed a ska/reggae/funk/punk band influenced by the ska revival bands like The Specials and The Selecter, as well as California natives Fishbone and The Red Hot Chili Peppers. Featuring a full horn section, including a pre-dj Doc Martin on trumpet, the band toured the state, playing a San Diego show with No Doubt in 1986. While still in high school, Joshua secured a weekly radio show on KSCU, the Santa Clara University college radio station.

After high school, the band went its separate ways, with Joshua off to study architec- ture at UC Berkeley. Joshua started djing parties around Berkeley, finally landing a weekly playing hip-hop at the infamous Nickies. He and New York native schoolmate Dedan started a weekly called the Beehive in Oakland in 1989 at a pimped-out velvet wallpaper lounge, owned by a for- mer Oakland Raider. The format was across the spectrum, featuring hip-hop, dancehall reggae, soul, house and everything in between. At the time he was listening to Tony Humphries' radio show tapes sent out religiously by Dedan's sister in New York, as well as checking out the now bustling bay area music scene.

Visiting Chicago to see relatives and buy records, Joshua was shopping at Imports, Etc and was told to go to a store called Gramophone and ask for Derrick Carter. The two hit it off and Joshua would return twice a year to stay at the now famous Red Nail encampment on Green Street, just across the way from the Warehouse and DJ International Records. Upon graduating, Joshua procured some midi gear and started making his own tracks. After sending out demos to Derrick and Chez Damier in Chicago, he was invited to come to Chicago and make music. This also the time when he met and started working with Diz (the other half of Iz & Diz), recording their first track at the legendary KMS studios in Detroit. Giving up a full time job opportunity at Wired Magazine, Joshua moved in with the Red Nail posse (Derrick, Mark Farina, G- Most and Chris Nazuka), with the illusionary Chez being another semi-permanent resident. He began making music for Blue Cucaracha, Prescription and its offshoot Balance, as well as spinning regularly at seminal Chicago venues Red Dog and Shelter. He also worked as design director at Cajual Records with Cajmere, Rob and Ivan (now at Guidance Record- ings), designing most of the labels and cover art during the glory days of 1995-96.

After the breakup of Prescription and Balance in 1996, Joshua decided to return to the Bay Area where he has lived and worked ever since. His travel schedule now takes him around the world: UK, Europe, Canada, Indonesia, Australia, New Zealand as well as all over the US. His production and remix work is equally as varied (see discography). He also handles the A & R duties as well as the design work for Tweekin, San Francisco's premier label and store. Joshua also dj'd regularly with the samba-funk outfit, Vivendo de PŚo, on their Tuesday nights at the Elbo Room up until 3 years ago.

Since 1998, he has been co-hosting with fellow dj Solar the now infamous Bionic sunday nights at The Top in San Fran- cisco. After six great years in the Lower Haight, and two and a half years at Pink, the party is now at the 222 Club - a leg- endary jazz venue revamped into a bustling speak easy. Bionic is now the longest running house weekly in the city, featur- ing unannounced guest spots by the likes of Kenny Hawkes, Jef K, Honey Dijon, John Tejada, Diz (among many others), as well as up and coming local talent. Now that a successful transition to the new venue has been accomplished, Bionic hopes to enjoy many more years of making sundays the new saturdays. 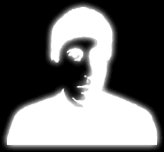 With well over 100 releases bearing his name, Joshua's production and remix work is respected and in demand worldwide. Operating under many guises, including Stereo People, Free Energy, Dubwise, and J-Boom, Joshua has drawn on his many musical influences to create a sound uniquely his own, yet never formulaic. Recently, he has recorded projects and remixes for labels such as Columbia/Sony, Junior Boys Own, Ubiquity, OM, Classic, Developed, Nightshift, Seasons and NRK among many others.

Over the last five years, Joshua has been playing more with his partner Diz, supporting their releases on Classic, Tweekin', Aesoteric, Silver Network and Seasons, now playing regularly at Fabric (London), the Sub Club in Glasgow, the Rex in Paris, New Zealand as well as various other locales around the globe. In addition to Joshua's djing, production and remix work, he recently began teaching a DJ class with TheDJProject, a non- profit community outreach program based in San Francisco. Currently teaching his second session, Joshua has developed his own step-by-step course to teach motivated Bay Area youth the necessary skills to start expressing themselves through music.

In 2003, he also co-founded AMP Collective LLC: a company that digitally distributes catalogs for Classic, Silver Network, Dialect Recordings, Flat & Round and Tweekin' to all the major and minor download outlets including iTunes, Napster, Beatport, Clickgroove, Stompy and DJDownload. With the house music community as the foundation, AMP Collective strives to bring quality music to the digital generation and beyond.