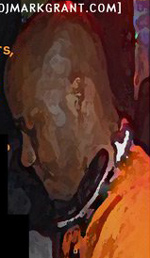 Emerging from a solid tradition of celebrated Chicago house producers, Mark Grant continues to be highly sought after for his technical skills as a DJ and his creative innovations as a producer and remix artist.

Growing up in the city that introduced house music to the world, Grant found his aspiration in life to be a DJ at a young age. Influenced heavily by legends such as Frankie Knuckles, he was instinctively drawn to house.

"If I've ever loved anything, it's been house music," he says. "From my first encounter at 12 years old and still today."

Grant DJed throughout high school and college as a self-professed "serious hobby". After graduating from Chicago's Columbia College with a Marketing Communications degree, more than anything he had studied, DJing called to Grant.

Having DJed several years on the Chicago scene, Grant jump-started his production career in 1994, with the release of, "Gotta New Love Thang" with Ralph Rosario. This single was released to widespread critical acclaim, even garnering kudos for Grant from industry heavyhitter Billboard, and was Grant's first opportunity to showcase his talents for writing, producing and remixing in one project.

The following year Mark joined forces with Chicago house imprint Cajual Records and over the next two years, Grant would craft prolific amounts of material for his new creative outlet. Among his productions, lasting impressions were made from his single "Touch Me" and The Braxton Holmes/Mark Grant EP as well as "The Spirit of the Black Ghost" for cross-town rivals, Guidance Recordings. His collaboration with fellow Cajual artist Cajmere under the moniker Chicago Connection produced one of his most popular releases, the track, "Dancin'". Grant's remixes of Glenn Underground's anthem, "House Music Will Never Die", and Green Velvet's "Answering Machine" were also very well received. Then Grant created his first nationally released mix CD, "A Taste Of Cajual", which found honors in the Chicago Tribune's Best Albums that year.

For several years Grant had been performing four to five nights a week in Chicago, with residencies at weekly events at legendary clubs Red Dog, Red No. 5, Shelter, Funky Buddha Lounge and Mad Bar. After Cajual abruptly folded in 1997, Grant advanced on the popularity he'd developed through his distinguished releases and began to build an impressive touring schedule outside of Chicago. Traveling across the States and Canada, and over the world, Grant played venues from Scotland to Turkey, Japan, Belgium, and Finland.

In addition to his aggressive touring agenda, Grant continued to be in high demand as a producer/remixer. Among his original material, Grant put out numerous remixes on labels such as Guidance, Deep Soul and Silk Entertainment between 1997 and 2000. The distinctive "Jazzy Kinda Sum'n" on Cyclo Records was licensed far and wide. From Ben Watt's "Lazy Dog" continuous mix CD to the Café Del Mar ChillHouse mix CD, "Jazzy" made the tracklists of no less than six international mix compilations.

And although Grant has developed a standout production resume, he notes he still enjoys performing live.

"I've always loved DJing, because I love music," he notes. "DJing allows me to extend my creativity on top of the creativity that is already in the songs, through programming and technique. Also, it's a very good feeling for an audience to appreciate what you do."

Showing no signs of stopping in 2002, Grant offers the original vocal, "Hey You" on OM Records as well as the track, "MG's Groove" for Los Angeles imprint, Deep Funk Records, both slated for Fall releases.
As his original material, remixes, and CDs continue to be released to global acceptance and praise, Grant remains a very popular subject with the electronic music press. The topic of numerous features in some of electronic music's most respected print outlets - URB, Mixmag, DMA and BPM, to name a few. Grant has also been profiled in several Web media outlets including GROOVEPARLOR.COM

Grant's newest project is the formation of his own record label, Blackstone Recordings. With the label still in the planning stages, Grant plans to continue his rigorous production schedule and extensive world touring.

"I love to spread my love for house music around," he says simply. "I love to share it with an audience."